Grey squirrels typically weigh between 400-720g with a head and body length of 25-30cm. Grey squirrels are predominantly grey but have varying amounts of red in their coats, with genetic mutations of nearly white and all black. They never have ear tufts. A distinguishing feature is that the hairs on a grey squirrel’s tail are tipped with white creating a ‘halo’ effect (not evident on black-coloured grey squirrels)

Grey squirrels can live in high densities of 8-15 animals per hectare.  They usually have two litters of two to four kits a year, but in favourable conditions can have three litters.  Gestation is 44 days and females reproduce at 1.25 years old. 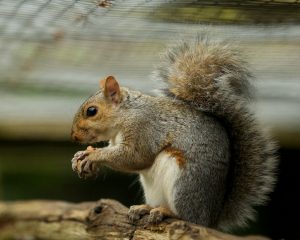 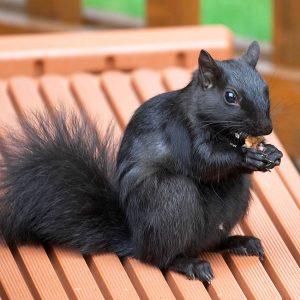 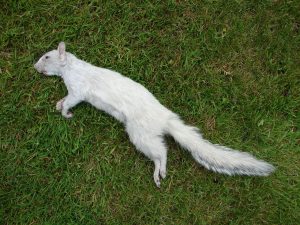 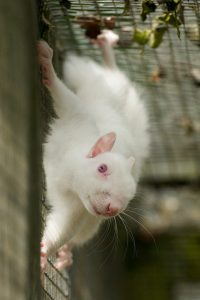 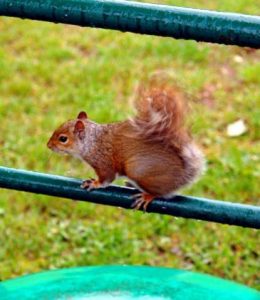